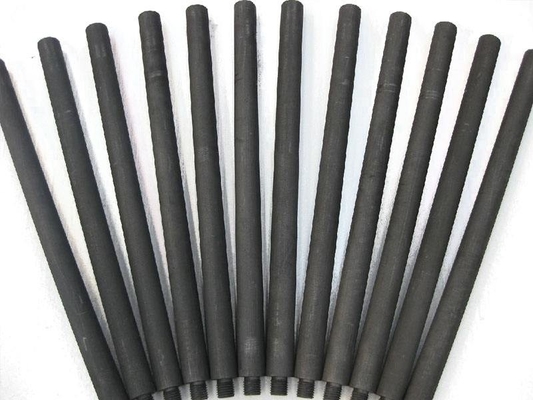 Reinforced graphite gasket is an important sealing element, which is widely used in petroleum, chemical, metallurgy, power generation, shipbuilding and other industries. It is currently a key component for static sealing of pressure pipelines, valves, pumps, heat exchangers and other equipment in my country. Expanded graphite cutting gaskets, also known as flexible graphite gaskets, are punched or cut from expanded graphite coils or sheets. Expanded graphite does not contain binders and fillers, so it has high purity and good corrosion resistance. High temperature and low temperature resistance, good compression resilience and high strength, suitable for sealing low pressure parts, can prevent galvanic corrosion between graphite and flange.

Graphite rod is a non-metallic product. As a necessary cutting consumable before welding in the carbon arc gouging cutting process, it is made of carbon and graphite plus appropriate binders, formed by extrusion, and baked at 2200℃. It is made by plating a layer of copper after the section. It has high temperature resistance, good electrical conductivity, and is not easy to break. It is suitable for cutting metal into a shape that meets the requirements.
Graphite rods are often used as electric heating elements in high-temperature vacuum furnaces. The maximum operating temperature can reach 3000℃. It is easy to oxidize at high temperatures. Except for vacuum, it can only be used in a neutral or reducing atmosphere. Its thermal expansion coefficient is small, thermal conductivity is large, resistivity is (8~13)×10-6 Ω·m, processability is better than SiC, MoSi2 rod, high temperature resistance, extreme cold and extreme heat resistance.

Our services cover all industries and reach all parts of the world.

描述 描述
Get a Quote